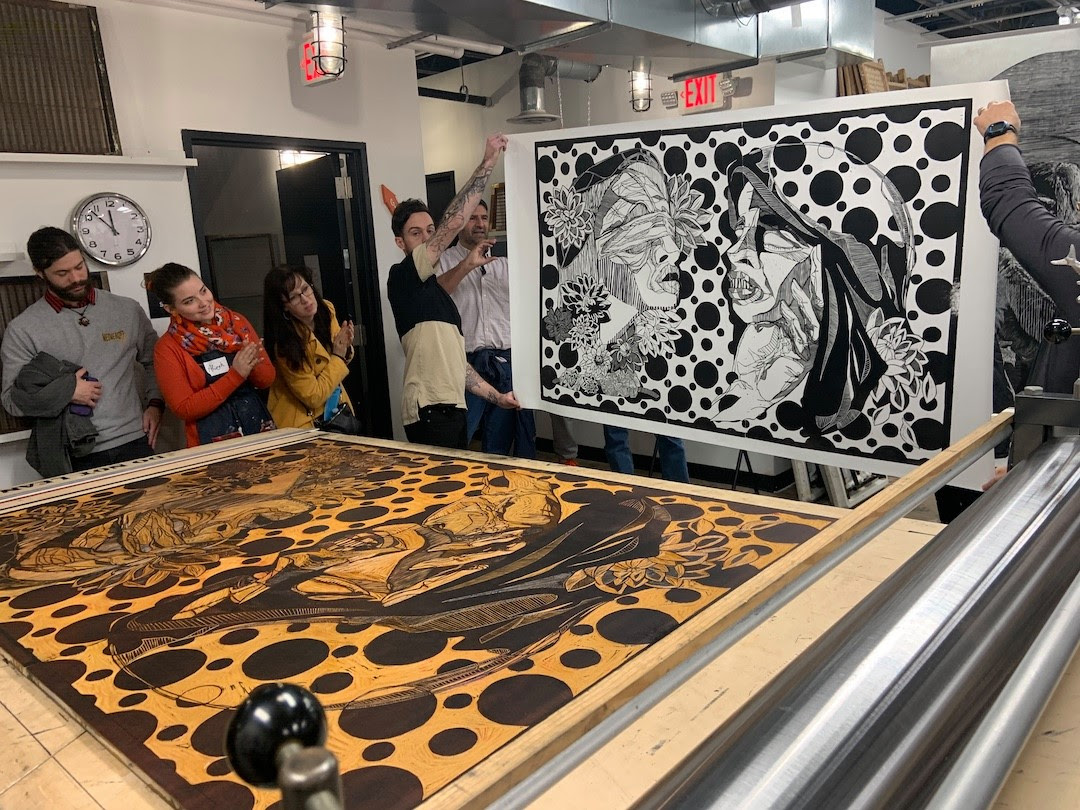 You can catch the Big Tuna, a portable print press whose girth inspired its name, in action as it reels off large-scale works by 20 area artists. BIG INK, a New England-based arts business, is teaming up with Pyramid Atlantic for a third time. Selected artists started work on their extra-large woodblocks in August using traditional Japanese chisels. All the work leads up to a two-day public demonstration being held October 9 + 10.

This event will be held in person at Pyramid Atlantic. We are limiting visitors to 15 at a time— first-come, first-served.