Exhibits explore the idea of language and meaning through symbolic systems

In certain cultural traditions, notably those of East Asia and the Middle East, writing and drawing are closely linked; calligraphy encompasses both text and image. Two local artists, Wesley Clark and Kate Fitzpatrick, attempt something similar in their current exhibitions. Ultimately, though, both make work that is primarily visual. 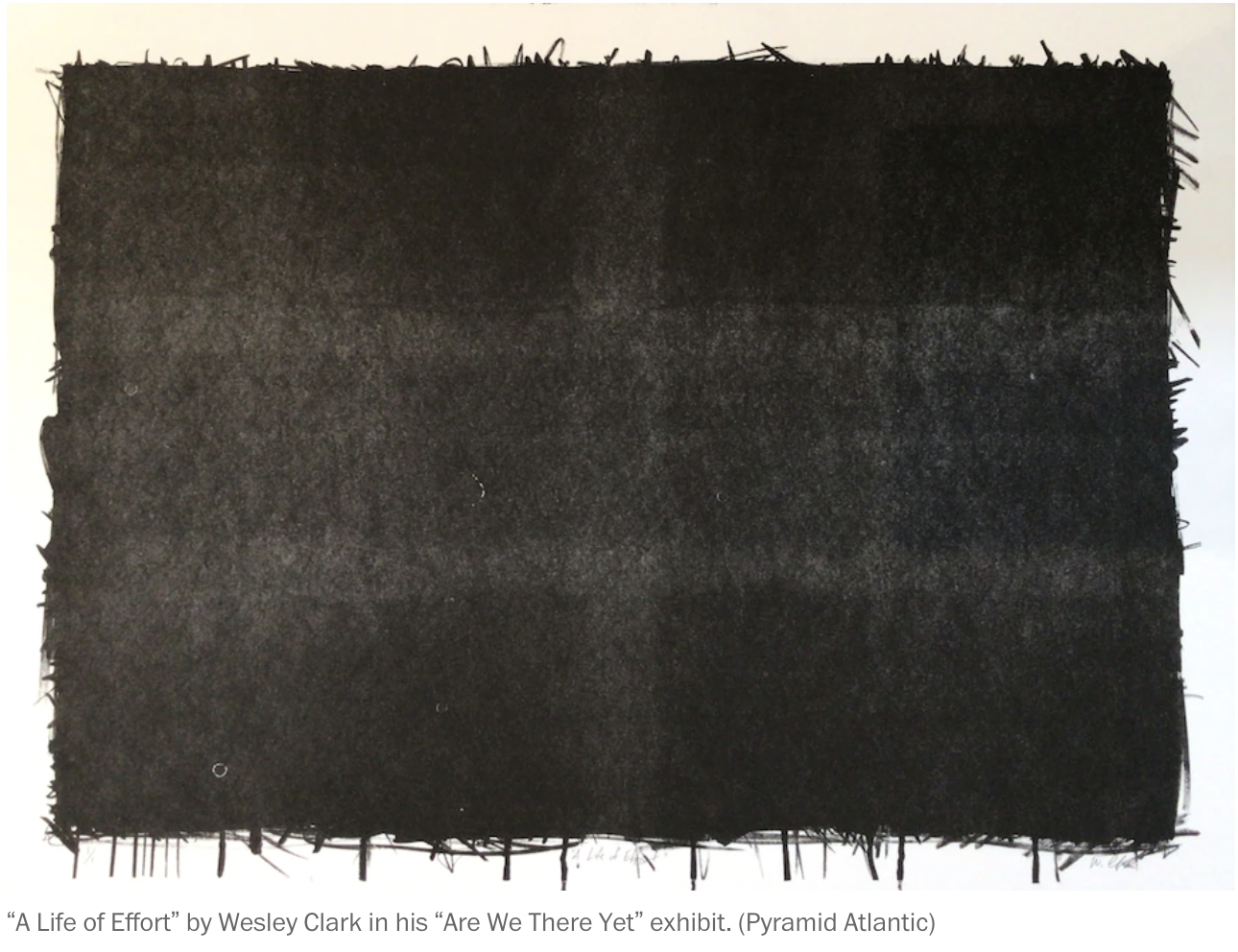 The texts in Wesley Clark’s “Are We There Yet” are in English, but so densely layered that they’re rarely legible. The artist’s exuberant show at the Pyramid Atlantic Art Center consists of pencil drawings and a few lithographic prints, all abstract, black and white, and intentionally messy and overloaded.

Clark, who recently concluded a residency at Pyramid Atlantic, is known for sculpture that combines and reworks found objects, most often made of wood. One of his major creations is “My Big Black America,” which assembled hundreds of salvaged boards and branches inside an outline of the contiguous United States. The same national shape appears in this show, constructed not of wooden pieces but of smeary, overlapping graphite gestures. More common, however, are rough-edge rectangles made of brawny pencil strokes and dynamic cross-hatching and sometimes whitened by erasures and abrasions. Subtraction can be as central as addition to Clark’s drawings.

A single word, such as “resolute” or “control,” occasionally emerges from the welter of built-up and worn-down graphite marks. Tellingly, though, the print titled “A Life of Effort” is a black block whose individual strokes can be perceived only where they protrude past the rectangular boundary. In Clark’s symbolic writing system, specific words and phrases acquiesce to the overpowering whole.

Wesley Clark: Are We There Yet Through July 31 at Pyramid Atlantic Art Center, 4318 Gallatin St., Hyattsville.