Program runs for 2-4 weeks between June and August 2022

The Denbo Fellowship is designed to offer artists from a range of artistic disciplines an environment conducive to individual and collaborative creative practice. It provides a unique opportunity to complete a new body of work at Pyramid Atlantic Art Center in the areas of papermaking, printmaking, and book arts.

Housing is not provided, although upon acceptance, artist will be receive information on opportunities of nearby housing.

Each applicant will be judged on the artistic merit of his/her work, interest and potential in printmaking, paper arts and book arts (or a combination thereof), as well as the quality and clarity of his/her plan for the residency. Although previous experience in a Pyramid Atlantic discipline may be helpful to a successful applicant, such experience is not necessary or expected. Artists are also asked to give an artist talk during their residency.

Minimum 2 weeks, maximum 1 month (specify the amount of time in the application)

A panel of professionals including artists, curators, and arts administrators will jury each round of applications. 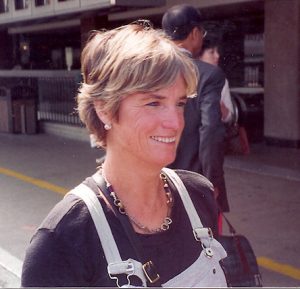 Beverly Denbo (1942-2011) was born in New York City and had a love of art from an early age. She earned a degree in art history from the University of Michigan. After moving to Bethesda in the early 1970s, she became actively involved in the Washington Metro area arts community. Later, she sat on the Boards of Pyramid Atlantic and other arts organizations, including VisArts, The Round House Theatre, and James Renwick Alliance.